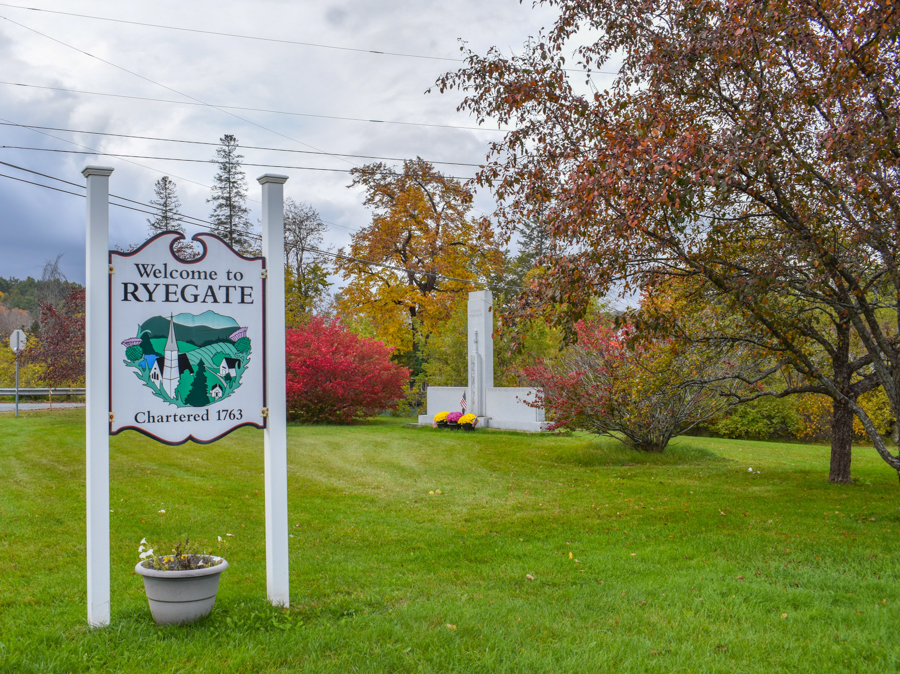 Brief History: Chartered by Governor Benning Wentworth in September of 1763, it was granted to Richard Jenness and 93 others. The name is a variant spelling of Reigate in Surrey, England. Aaron Hosmer and his family were the first settlers. In 1773, two agents for the Scotch American Company of Farmers from Renfrew and Lanark, Scotland, purchased the southern half of the town and members began settlement in 1774. The town was organized in 1776.

General Area Info: Ryegate is the southernmost community in the Northeast Kingdom. The Wells River flows through the town, making its way to the Connecticut River on the town’s eastern border. At 2,192 feet, Blue Mountain is the highest point in town. The town includes the villages of South Ryegate, East Ryegate, and Ryegate Corner.